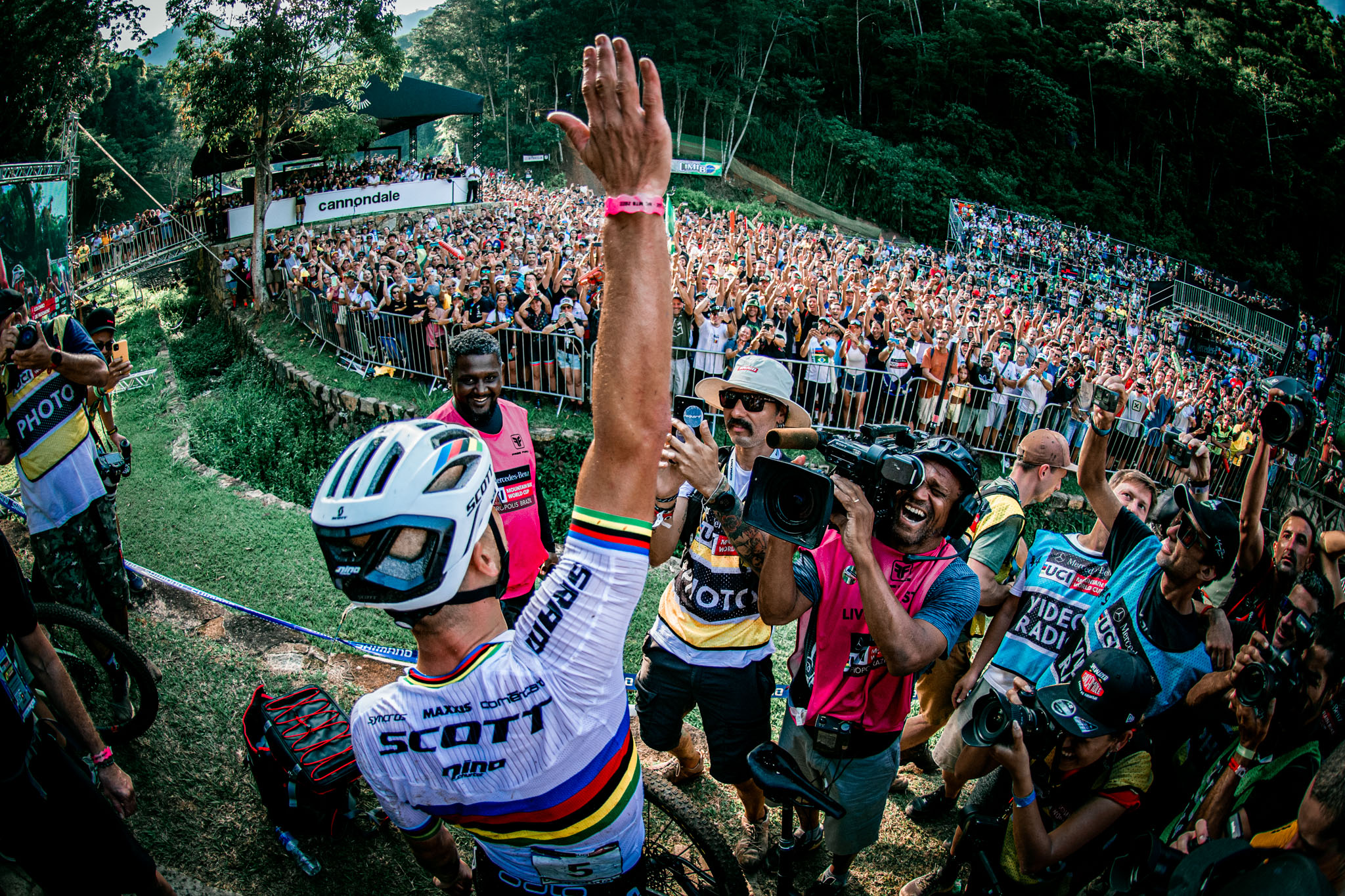 At the beginning of April, the city of Petrópolis/RJ hosted two mountain bike competitions, both of which went far beyond the disputes held within the São José Bike Club track, in the district of Itaipava. Between April 1st and 3rd, with the Copa Internacional Michelin MTB, and between April 7th and 10th, with the Mercedes-Benz UCI Mountain Bike World Cup, the municipality had a strong impact on its economy, mainly through tourism, with around 50 million reais moved in the period, when the region received cyclists, team members and fans from all over Brazil, in addition to more than 30 countries in the Americas, Europe, Africa and Oceania.

The occupancy of the hotel chain in the districts was almost 100% for both CIMTB Michelin and the Mercedes-Benz UCI Mountain Bike World Cup. In the first weekend, there were about 30 thousand people visiting the event in the three days. The following weekend, more than 60,000 people attended the event over the four days, more than a thousand of them foreigners. There was also a significant increase in property rentals through apps on both weekends.

“The Petropolitan economy depends a lot on tourism and events of this size are important for our city. It generates income, employment and brings visibility to the municipality, which is going through a moment of crisis. I thank everyone who believed in Petrópolis and especially the volunteers who helped us a lot. We will come out of all this much stronger”, commented Mayor Rubens Bomtempo.

The balance of both events was the subject of the Events Organization and Monitoring Committee, after the disputes were held, at the Casa dos Conselhos, in the City Downtown. “In this moment we are going through, the events were very positive, especially for tourism, which is one of the flagships of our economy”, commented the Secretary of Tourism, Silvia Guedon.

At CIMTB Michelin and at the Mercedes-Benz MTB World Cup, more than 100 companies from Petropolitan were involved in the event, as suppliers in the most diverse areas. “The event promoted our city to the whole world, boosted the economy, moved commerce and hotels, in addition to generating jobs”, celebrated the secretary of Economic Development, Marcelo Soares.

CIMTB Michelin results
In the Copa Internacional Michelin Mountain Bike, around 40 different competitions were held. The main highlight was the Short Track (XCC), won on Saturday (2) by North American Kate Courtney and Swiss Thomas Litchser. At the Olympic Cross Country, held on Sunday (3), it was the turn of the Olympic champion, the Swiss Jolanda Neff, and the current U-23 world champion, the Chilean Martin Vidaurre, to put on a show on the track, and take the title of the competition. main. All the champions of the other disputes and other results are available at: https://cimtb.com.br/a-copa/resultados/resultados-2022/.

World Cup results
In the Mercedes-Benz UCI Mountain Bike World Cup, eight titles were up for grabs during the competition. The first was the Short Track, won by Frenchwoman Pauline Prevot and South African Alan Hatherly on Friday (8). On Saturday (9), Argentina and Brazil prevailed in the UCI Junior Series, with the victories of Julieta Benedetti and Eiki Leôncio, respectively, in the first Olympic Cross Country event of the competition.

Also on Saturday, the women’s and men’s under-23 contests were held, a great warm-up for the next day’s competition. The winners were Line Burquier, from France, and Martin Vidaurre, from Chile. Finally, in the long-awaited XCO for the women’s and men’s elites, Australian Rebecca McConnell triumphs, in her first victory in a stage of the international competition, and Swiss Nino Schurter, who secured his 33rd triumph in the competition, equaling the highest all-time event winner, Frenchman Julien Absalon.

Organization balance sheet
If for those who watched it on television or in loco, the feeling was that the event had been a real success and that the smiles of joy were not for nothing, because those days were experiencing a historic moment in world cycling, on the side of organization was no different. Among everyone who was part of the team that organized both events, whether in any of the different areas, the feeling of having participated in successful competitions was something unison.

“We had two spectacular weekends. About 1,000 people worked hard to make sure everything happened with the greatest safety, tranquility and quality. We deliver one of the biggest events in the world in a differentiated way and, whoever was present, left with an unforgettable experience, which was our goal. It was a huge challenge to receive almost 100 thousand people in 15 days of intense activities. We have a feeling of accomplishment and are looking forward to the confirmation of the Mercedes-Benz Mountain Bike World Cup for the coming years. Now that we’ve managed to bring it (the World Cup), our goal is to never let Brazil leave here again”, celebrated Rogério Bernardes, organizer of both events.

Fair with more than 70 exhibitors
The gigantic structure of the event allowed the organization of CIMTB Michelin and the Mercedes-Benz Mountain Bike World Cup, to carry out alongside a giant in the world of fairs and exhibitions, NürnbergMesse Brasil, a fair within both events, with more of 70 exhibiting companies. A reason for pride for all who were involved in the realization of both events.

“We were very happy to contribute to the promotion of the bicycle industry, participating in two events of this magnitude. Happy to be able to support all the exhibitors, brands and also the teams that were there. Working with the CIMTB Michelin team was a pride for us at NürnbergMesse Brasil. We were able to learn from them on how to best serve the bike community”, highlighted Diego Nicolau de Carvalho, vice president of NürnbergMesse Brasil.

CIMTB Michelin
The CIMTB Michelin organization held its first event in 1996. Since then, it has been innovating and actively contributing to the growth and strengthening of mountain biking and the bicycle market in Brazil. Counting points for the Union Cycliste Internationale (UCI) world rankings since 2004, CIMTB Michelin has been selective for the Olympic Games in the Beijing 2008, London 2012, Rio 2016 and Tokyo 2020 Cycles. In 2022, the CIMTB Michelin will increase even more its international relevance with the opening stage of the Mercedes-Benz Mountain Bike World Cup 2022, in Petrópolis. In addition, he was responsible for the construction of the Rio 2016 Olympic Games mountain bike track, considered one of the best in the history of the Games since 1996.

About the author : Gustavo Coelho